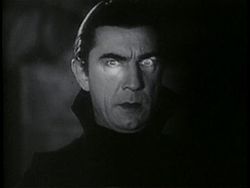 And no I don’t mean the sparkly kind. I was Team Jacob all the way! No really, I was. I don’t have anything against sparkly vampires per se…it’s just wolf boy seemed the better choice to me (the better, kinder, warmer choice). But anyway…

My fixation with vampires starts with Buffy the Vampire Slayer (BTVS ftw!) – and before you nod your head and sigh “Angel” under your breath, let it be known I was – am still – a Spike fan.

Three reasons I am a major Spike fan

1) His attempts at evil are so hilariously thwarted at every turn. Oh and because he loves Buffy. I even named my cat after him:

2) He’s the only guy I know – fictional or not – who can wear a full-length leather trench coat. And wear it well…

3) Spoiler alert for those who have not yet watched the series (shame on you!) –> He was a jack-ass at times but in the end, he gave up his life for Buffy.

A love story of sorts called Let the Right One In. Do me a favour and watch this movie (or read the novel written by John Ajvide Lindqvist). It’s about a young boy named Oscar who befriends a mysterious young girl, Eli…and that’s all I’ll say about it. Because it’s the best vampire movie ever! And you need to watch it.

Have you read The Historian by Elizabeth Kostova? If you haven’t, you need to! It’s page after page of awesome. 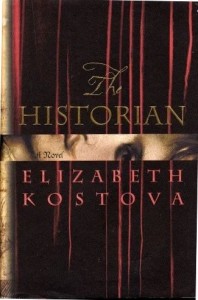 Basically, the novel is told in three parts with the narration primarily told from the perspective of the daughter of – you guessed it – the historian. His name happens to be Paul. So Paul and his daughter (who is never named btw) are on a quest for Vlad the Impaler’s tomb and they get into all kinds of trouble along the way.

Using letters and oral accounts – that of Paul’s mentor in the 1930s, that of Paul in the 1950s, and that of the narrator herself in the 1970s – this story is full of suspense and centres heavily on THE vampire. You know who I’m talking about. Name starts with a D…ends in -ula.

Seriously, go read this book. It’s fine, fine literature. I’m actually wondering why a movie hasn’t been made from it.

For you ladies who like a little more oomph! in your vampires

Check out Kresley Cole’s Immortal After Dark series. It’s got all kinds of kick-ass heroines, awesome fighting scenes, intricately-linked plots featuring fated lovers, plus a fair amount of smut (be forewarned). Plus ya…really awesome vampires (and demons, and shapeshifters, and witches and valkyrie and fey and, and, and…).

Vampires rule, all else drools 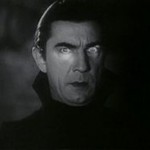 Or something like that. I could seriously go on and on about vampire awesomeness. I mean, I didn’t even cover Bram Stoker’s Dracula. Or the Sookie Stackhouse novels. Or True Blood. Or The Lost Boys.

I hope you see why I’ve got this this crazy thing about vampires – and maybe why you should too. If you don’t agree…well, maybe you can just…

4 Responses to “So I’ve got this thing about vampires”