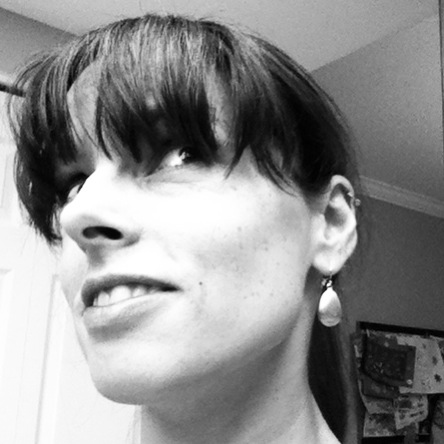 I’ve recently received a couple of “why aren’t my ears pierced?” questions from Sweet Girl. Not frequent enough for me to really think she wants to get her own pierced (yet), but enough to know she notices mine are and her’s aren’t. Enough to know it’s a thought circling around in her mind.

Eventually she’s going to ask. Like really ask to have her ears pierced. I don’t mind this. DH however does. What is it with men and their daughters’ ears?

I was four or five years old when I got mine done. I remember asking a long time too. My mom hesitated because my step-dad (my sister’s dad) didn’t want it done. But I think I was driving my mom crazy with the constant asking so she just went ahead and did it.

Boy was my step-dad furious.

I was so happy to have pierced ears. I remember my earrings were green-stone studs. I loved them. Oh and when I could finally swap them out for “fashion earrings”…talk about ecstatic. I remember receiving a pair of ladybug earrings for Christmas (when I was six-years-old I think?) and I thought they were the bomb.

Fast-forward to me at 11 years-of-age and dying, just dying to get my ears pierced again (double-pierced — so cool). My mom said no for what felt like forever. My now step-dad (my mom remarried when I was 11) was against it. Like super against it.

I guess I badgered my mom enough (again) that she capitulated and boom! I had double-pierced ears.

Fast-forward again and I’m now 14. My friend and I wanted to get one ear (our left) triple-pierced. So we went and did it. I was able to hide it from my dad for a while because I had super long hair back then. Oh but the one day I tucked my hair back behind my left ear in front of him…ooh was I in trouble.

My dad saw it as me permanently scarring myself, but I didn’t — and still don’t — see it that way.

When I was in my twenties I took my “extra” piercings out. I just grew tired of the double- and triple-pierced ear-fashion I guess. But at 21-years-old, I got a helix piercing on my left ear. A simply silver hoop. Nothing too ostentatious. I think it was the trendy thing to do in the 90’s because a lot of women (and men) my age got it done.

Anyway, it doesn’t bother me at all that Sweet Girl wants her ears pierced.

I know parents who had their daughters’ ears pierced when those girls were infants. I see the smartness of this — the pain is nominal and before you (or the baby) knows it, her ears are pierced.

Different when you’re older and have a deeper memory bank of pain. Although when I was four-/five-years-old getting my ears pierced, I remember it hurting. But then it was over. I only had time to take in a breath to scream but then…bam. It was done and didn’t hurt anymore.

Anyway, DH’s argument is that he would rather wait until Sweet Girl asks to have her ears pierced. In other words, asks and asks to the point we know she really means it.

I get DH’s view point. Her body, her choice.

I think that day is fast approaching.

How about you? Are your ears pierced? How old were you when you got it done? If you have daughters…same questions.

14 Responses to “A piercing debate (sort of)”

Leave a Reply to Vanessa